Download the Android data from here. Note that the data was released October 5th, 2020 @ 11AM ET.

Calculate the hash of the suspect data:

Which exit did the device user pass by that could have been taken for Cargo?

OK, so this week we have a bit of a riddle. Two things we don’t know are “what is exit” and “what is Cargo”? We might be looking for a highway exit, subway exit, bus station exit. Cargo might be the cargo like you ship, but then why would it be capitalized? Possibly the name of a location?

In the Cache Up CTF Wk 3 Challenge video, Jessica air quoted “Cargo.” Like an idiot, I focused on the air quotes more than the hint she gave right before that -> we need to check a past webinar.

I decided to start by taking the question literally, with a particular focus on Cargo. Notice the word Cargo is also capitalized. So it could be a name. Without further context, I’m going assume (read - probably wrong guess) an exit (highway exit?) that a user passed that could have lead to a “cargo zone”.

Did I mention that the week 3 trivia question had to do with snails? That will be important shortly.

If we take the question literally with no additional context, we are likely looking for location information. For example, location meta-data from the device from JPEG EXIF data can show where the user was. Loading up the EXIF location data, we see two countries.

Both countries have the user at airports, near train stations, and close to sea freight. A random zoom-in on the U.S. shows JFK airport. Cargo exits usually are before the airport. Following the airport’s JFK expressway, the first road we get to is the most magical answer. 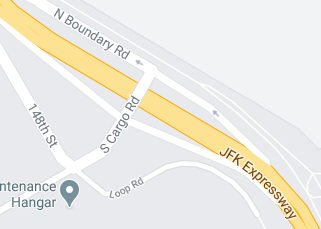 At that point, I realized we only have three tries this week - not looking good.

Because I was rushing (again), I decided to stay on the JFK Airport track. I used Google Maps to look for the Cargo exits. One problem is that exit signs in the U.S. may be mile-markers or local exit names. In the case of JFK, it could be 269 or Exit B.

Alternatively, there is also the Van Wyck Expressway. It uses letter exits as well. On both expressways, Exit C takes you to the Cargo area. So I tried “C.” NOPE!

Down to one try left. At this stage, I can either stick with JFK and try “Exit B,” or move to Norway (Olso Airport). Completely forgetting about the webinar hint, I decided to stay with JFK. Exit B! NOPE!

In the middle of the week, we were given one additional chance. Before that, I watched the webinar which talks about location information from EXIF data + gmm_storage.db. gmm_storage was identified as location data in quite a few sources, but I couldnt find anything about the BLOB structure. That means, no parser. Instead, I ended up using strings and manually parsing the resulting queries for location information.

Based on images (EXIF + content) I was able to create the following timeline:

I checked if there was a place called “Cargo” in Norway or New York, and returned nothing. Bergen airport doesn’t seem to have a seperate exit for the cargo area. That leaves Olso airport.

From Oslo Aiport, the suspect seens to have taken Lufthavnvegen South. If you take Lifthavnvegen Exit 2 from the airport, you get to E16 and come to: 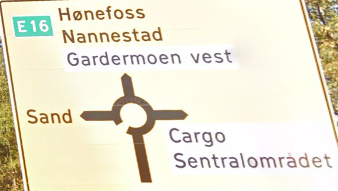