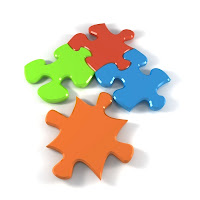 The concept of signatures is used in many fields, normally for the detection of some sort of pattern. For example, antivirus and network intrusion detection systems sometimes implement signature matching to attempt to differentiate legitimate code or network traffic from malicious data. The principle of these systems that that within a given set of data, malicious data will have some recognizable pattern. If malicious code, for example, has a pattern that is different in some way to non-malicious data, then the malicious data may be able to be differentiated with signature-based methods. In terms of malware, however, signature based methods are becoming less effective as malicious software gains the ability to alter or hide malicious patterns. For example, polymorphic or encrypted code.

This work suggests that signature based methods may also be used to detect patterns or user actions of a digital system. This is based on the principle that computer systems are interactive. This means that when a user interacts with the system, the system is immediately updated. In this work, we analyzed a user's actions in relation to timestamp updates on the system.

Supporting timestamps are timestamps that are updated sometimes, and only when, the user action is executed.

Using this categorization system, and finding associations of timestamps to user actions, user actions in the past can be reconstructed just by using readily available meta-data in a computer system.

For more information, please see our article on this topic: