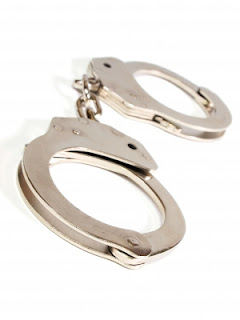 FutureCrimes.com just passed on the single Sci-fi policing: predicting crime before it occurs. Crime modeling used by the LAPD appears to have contributed to, or is the result of, a 13% decrease in crime in the area in which it was being tested.

The crime model is apparently based on models to predict earthquake aftershocks. While I've not yet found any publications specific to the method, I am assuming the model deals with predicting crime based on the likelihood reoccurrence in a particular area.

I have discussed this type of modeling with officers from Chile before, who had been working on something similar before 2008. Crime types and the locations in which these were likely to happen could be accurately predicted, they said. The issue with disruption on crime hot-spots, however, is that the overall amount of crime is actually not reduced, but instead dispersed to other areas. For example, if a model predicts crime is likely to happen in a certain area, and officers begin patrolling the area, the crime is probably not tied specifically to the physical location. Yes, the patrol is a deterrent, and crime is reduced in the area, but what the Chile officers found what that the crime moved to other areas in the city.

In the LAPD's case, crime was modeled and measured within a specific area. The article submits that "[c]rimes were down in the area 13 percent following the rollout compared to a slight uptick across the rest of the city where the program wasn't being used". The question is, was the "slight uptick" in other areas in the city a result of naturally increasing crime, or is it the result of displacement of crime from identified hot-spots? Based on Chile's experiences, I am guessing the latter.

Predictive policing is an interesting concept that seems to be a natural extension of data mining over crime data. However, I have not yet seen research dealing with predictive policing of online crime. Just like a victim of opportunistic crime is likely to be re-victimized in the physical world, is it also likely that a victim of opportunistic crime online would be more likely to be re-victimized? If so, what methods to 'cyber cops' have to disrupt such crime? And finally, if disruption were possible online, would the crimes just be dispersed instead of reduced?